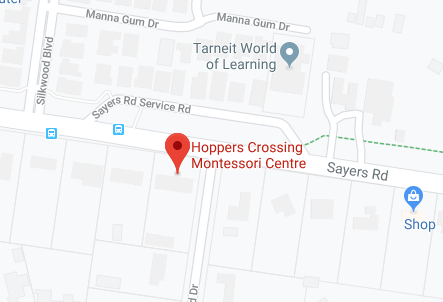 All About Me Form

Just a few global former Montessori students you may have heard of.

The teaching style of Dr Maria Montessori is meant to spark children’s inner creativity, initiative, and self-confidence. It is no wonder that there are several famous and remarkable former Montessori students.

They reference the self-directed learning opportunities in Montessori where students learn to follow their interests and decide for themselves what they want to know.

“I think it was part of that training of not following rules and orders, and being self-motivated, questioning what’s going on in the world and doing things a little bit differently.” – Larry Page.

The founder of Amazon.com Inc., the most dominant retailer on the Internet went to a Montessori school.

By his mother’s account, the young Jeff got so immersed in the details of the activities at his Montessori school that teachers had to pick him up in his chair to transfer him to other new tasks.

Marquez said his Montessori school gave him “the desire to kiss literature” and states, “I do not believe there is a method better than Montessori for making children sensitive to the beauties of the world and awakening their curiosity regarding the secrets of life.”

Anne Frank’s world-famous diary is a natural extension of her school experience. She, like all Montessori students, learned to cultivate observation skills and record her thoughts in a journal.

Diary of a Young Girl has been translated into 67 languages and is one of the best-loved books in the world.

David Blaine was a four-year-old Montessori student when he fell in love with magic.

Today, he’s called “the modern-day Houdini” by The New York Times, which says, “He’s taken a craft that’s been around for a hundred years and done something unique and fresh with it… [His magic] “operates on an uncommonly personal level.”

Child oozed with a sense of fun and inspired others to try new, fun things in the kitchen.

She credits her Montessori education with her manual dexterity—a key feature of her ability as a chef—and with the love and joy, she found in her craft.

The multi-talented hip hop artist, P Diddy says he feels fortunate to have attended a Montessori school early on, recalling that, “I feel like I was nurtured into wanting to be somebody special.”

Today, Beyoncé has been nominated for more Grammys than anyone in the industry and is one of pop music’s most highly regarded figures.

Taylor Swift is widely known as “the product of homegrown values”; New York Times calls her “one of pop’s finest songwriters, country music’s foremost pragmatist, and more in touch with her inner life than most adults”. She recently donated $25,000 to her old school.